Located in the northwest of Finnish Lapland, along the road to the village of Kilpisjärvi and
Norway, there is a stark reminder of recent history, a fortified position from the Second World
War. The Germans called this site Sturmbock-Stellung.
The German built Järämä formed part of a larger defensive line intended to protect their
access to the vital Norwegian harbours of the Arctic Ocean. The total length of the defensive
line is approximately 50 km, half of it in Finland. Järämä has been largely carved into the bedrock.
The strength of the fortified area was never put to test in battle. 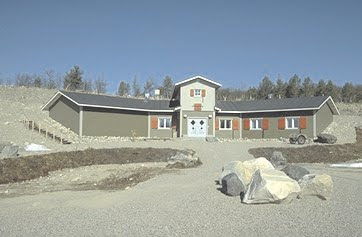